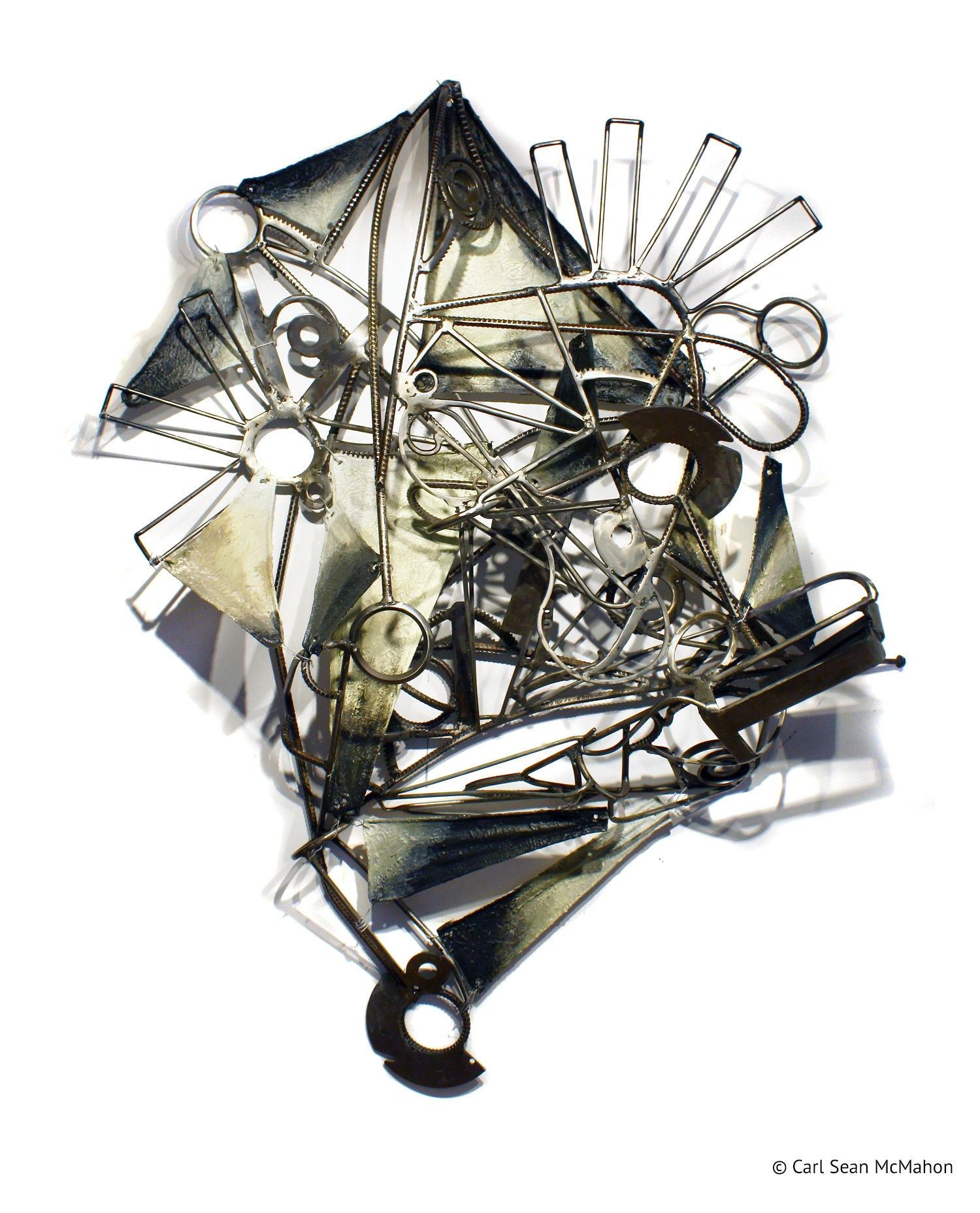 I started this series to revisit my interest in the medium of paint. This series was developed to bridge my interest in sculpting and painting. I thought long and hard about how I could integrate metal sculpture into painting. Having previously viewed paintings represented as a single two dimensional plane I realized that I was able to challenge my thinking to consider incorporate painting within a three dimensional framework. The result was a style called "sculptural paintings" and a piece called "Vicissitude" was the spearhead. My vision was first captured through the creation of the "sculptural painting" called "Vicissitude". This piece is a multi-plane, multi-perspective painting within an abstract sculptural framework.

This was followed by the "Fractured Landscape" series that focused on capturing four regional landscapes of British Columbia: Lower mainland, Northern, Costal, and Interior. The "sculptural paintings" draw upon prominent features of each region such as the vertical appeal of the mountains of Northern B.C, or the red and yellow hues of Interior BC in the fall. It captures the essence of the regions without being overly representational.

"Fractured Landscapes" is the latest from the "Fusion Series"

Prints and art cards coming soon, click below to visit the online store